In 1921, Mr. Hiroshi Hishinuma was born in Kawasaki City, Kanagawa Prefecture, where the industry in prosperity since the Meiji era. During World War II, while returning Japan from the Battle of Imphal on the border of Burma (now Myanmar), the ship was sunk on the way back, and he was saved and landed in the Philippines miraculously. After he returned to Japan in 1946, he worked for an automobile manufacturing company.

In 1956 he founded Hishinuma Workshop in Kawasaki City and started manufacturing parts by self-development (at home) with one lathe and one drilling machine only. 5 years later, he built a factory in Kawasaki and succeeded in prototype Blow Molding Machine while working in the parts processing industry. And then he starts to build the plastic injection molding machine, leading to OEM manufacturing of Hot Chamber Die Casting Machines.

In 1969, our company moved to Ranzan Town, Saitama Prefecture, where is the headquarters location now. He launched the "HISHINUMA" brand and started selling his own brand Hot Chamber Die Casting Machine.

In 1982, he developed an innovative Parting Injection Die Casting Machine and remained at the forefront of technological development, but he passed away just one year later in 1983 at the age of 62.

He belief that switching from parts processing business to machine manufacturing, establishing his own brand, and challenging innovative products are still inherited by Hishinuma Machinery Group. 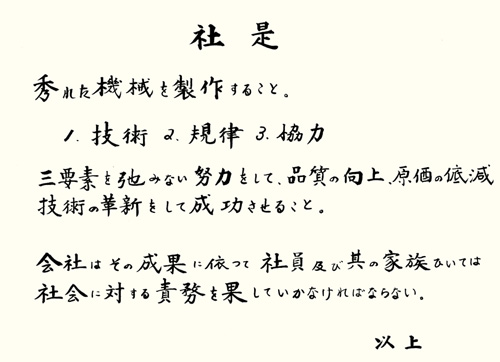 Make an effort to improve the quality, reduce the cost, and innovate the technology to succeed.

The company must fulfill the responsibility for their employees, their families, and society of achievements. 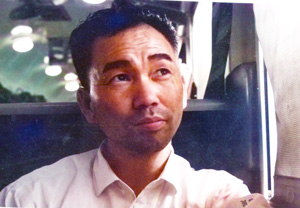 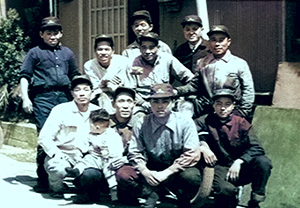 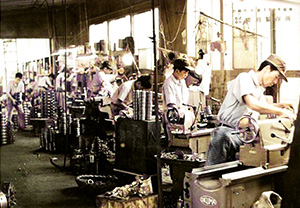 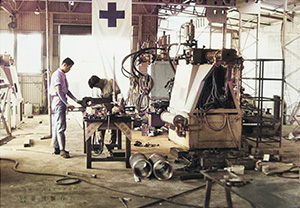 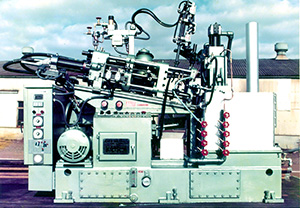 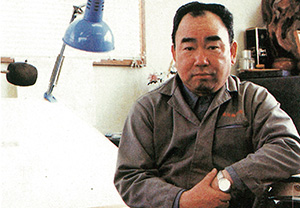