Through solar power, HISHINUMA MACHINERY CO., LTD will contribute to the environment and society.

Order to reduce the CO2 emissions, which is said to be one of the causes of global warming (carbon dioxide), the Company, we have introduced a solar power system.

In addition, solar power, you can even in the event of a power failure for a long period of time that occurs in disasters such as typhoons and earthquakes, to be used as a power source for an emergency. 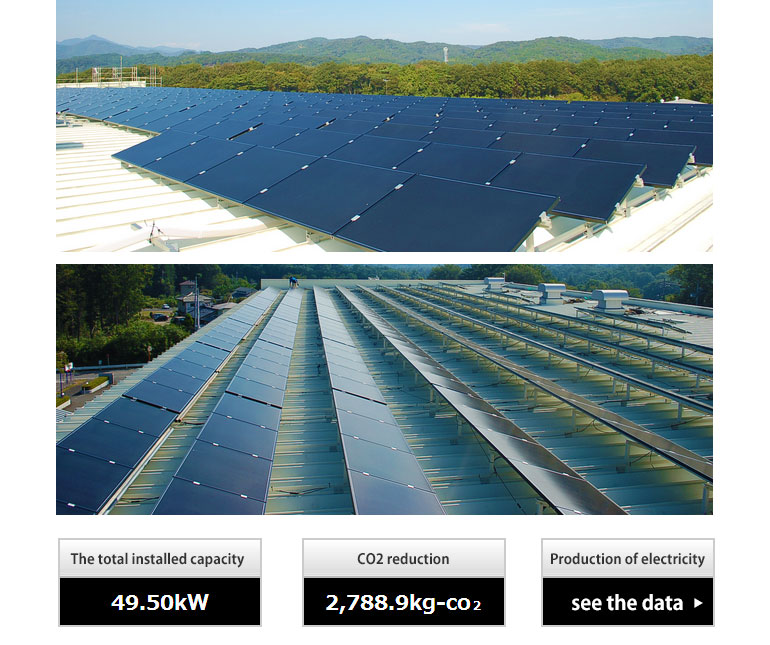